We still don’t have enough litters born recently, to fill orders from people who have been on our waiting list. In the last eighteen months there has been a very huge increase in demand for kittens. Due to several older breeders retiring or passing away. 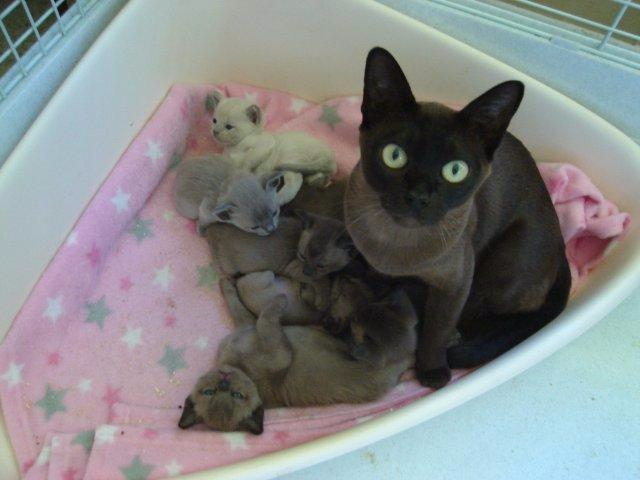 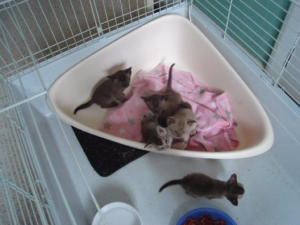 Some of Our Best 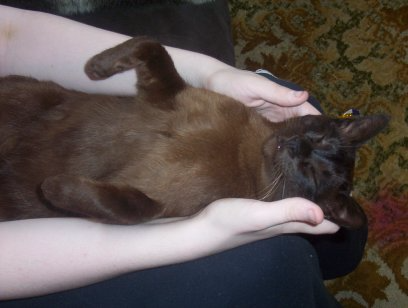 This photo shows Tealc (Seal) lying on his back in a very trusting position sound asleep. You won’t find many cats that do this, but this is a fine example of the Burmese nature.

Tealc is a Seal Burmese he is a very affectionate and snuggle cat. He loves everybody.

He loves to snuggle in bed with his owner, right up close, sleeping with his head on the pillow and he will cuddle like this all night. 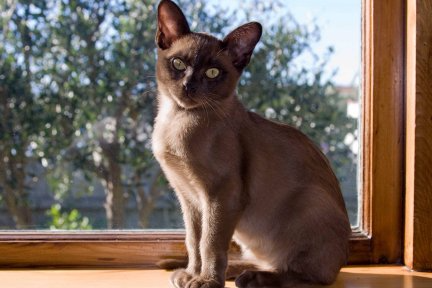 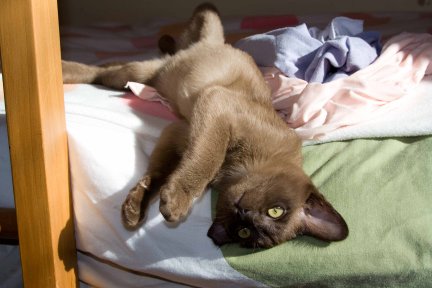 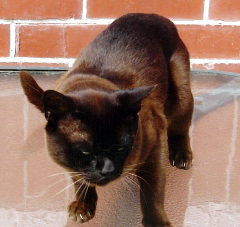 Bronze Double Grand Champion Lowenheim Nico Above the Law. Nico (Wonder Boy) is our stud cat “wonderboy”! Nico is the Father of our first Russet Molly (seen below) and our Stud Boy Bernard. (See photo top left on Home page.) 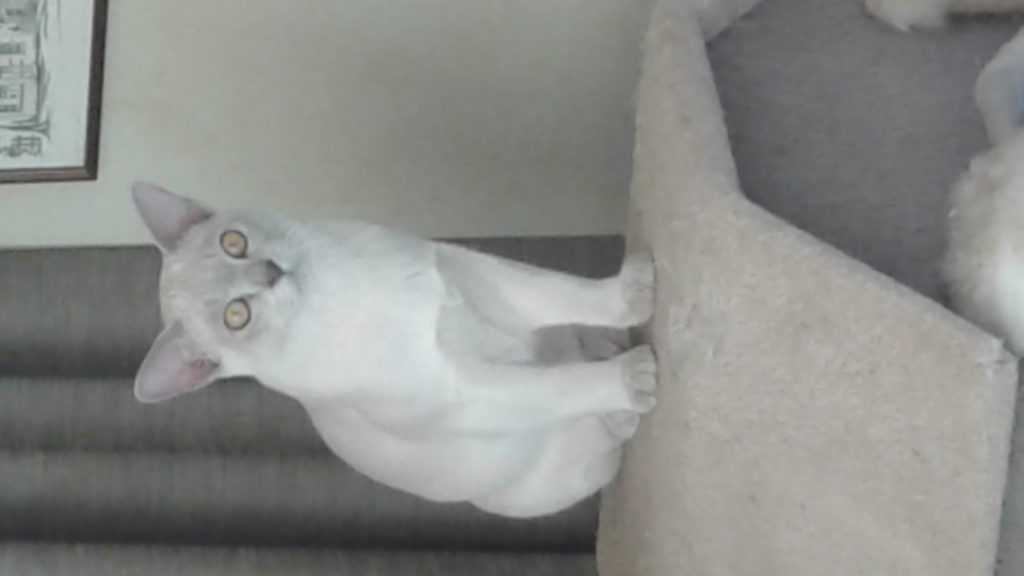 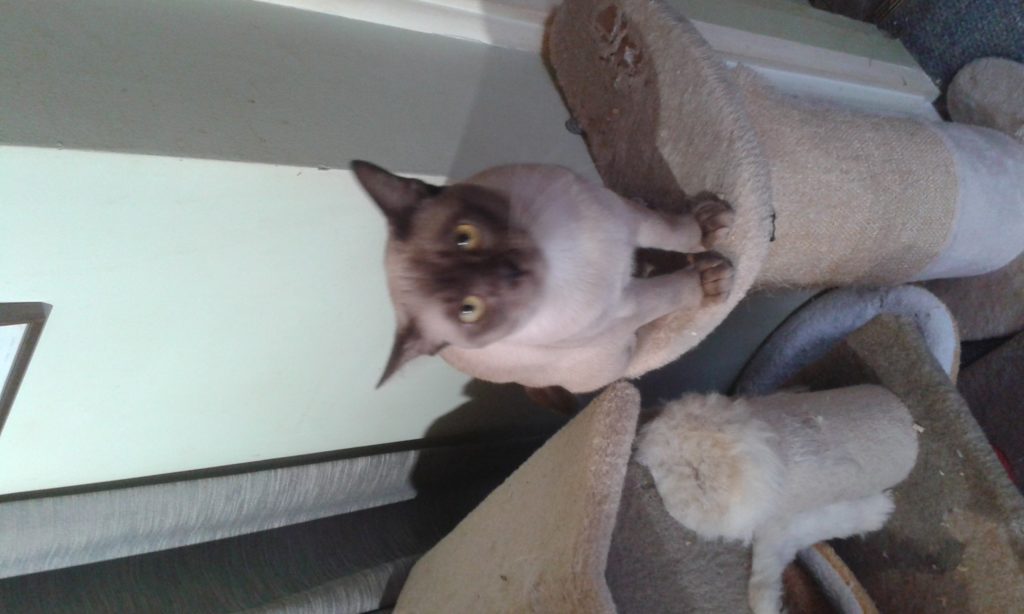 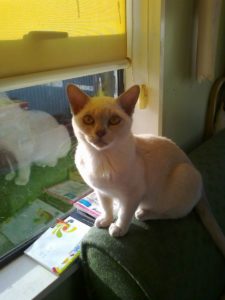 Libby has been spayed and has been rehomed. 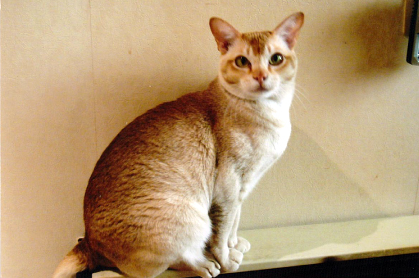 2011 Did not compete in enough shows.

Molly was the first Russet Burmese in NZ and the World, Molly loves to be shown and is a real crowd entertainer who loves the attention the crowd give her.Molly retired from the Show circuit in 2017 and is now living with our two young girls Miley and Kat. 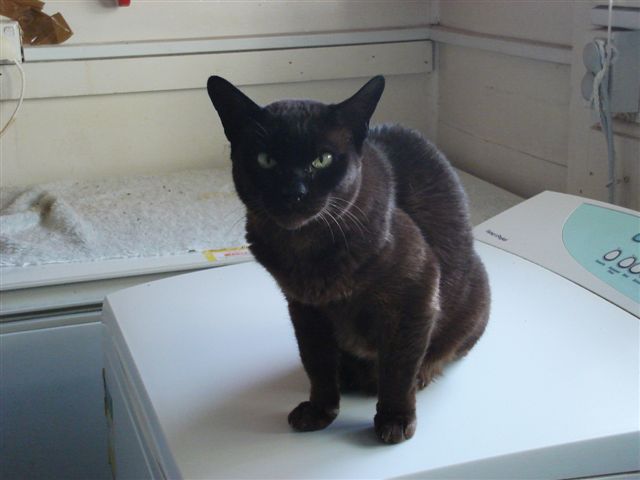 Our first breeding Queen, The foundation member of our Cattery. Bernie became a Double Grand Champion by the time she was 14 months old. Third best Burmese kitten at 1990 Nationals Cat Show. Third best Short haired cat at the 1991 National Cat Show. – her blood line runs through the majority of our cats. Bernie was a real “Sweetie” and her wonderful temperament has been passed on to all of her offspring. 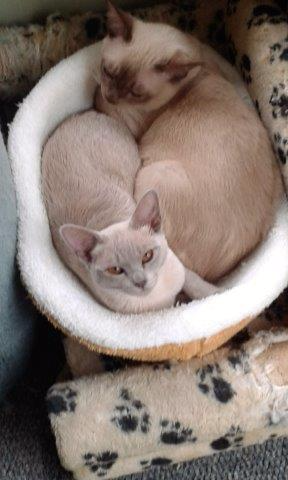 New additions to our Cattery.

The four one is a Seal Russet Lowenheim Kat Winsalot born August 2018.

The Sixth one is a Chocolate Pluijmers Madison Margaret. born April 2020 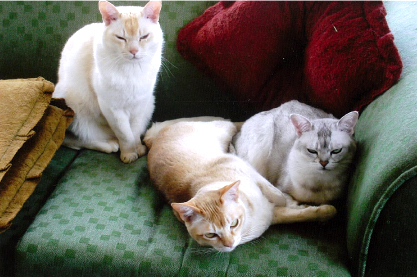 Beckham, Molly and Pippi – our pets. Both Beckham and Pippi have been rehomed together.

Molly has several more Supreme Ribbons than shown here, but lack of space prevents them from all been displayed. 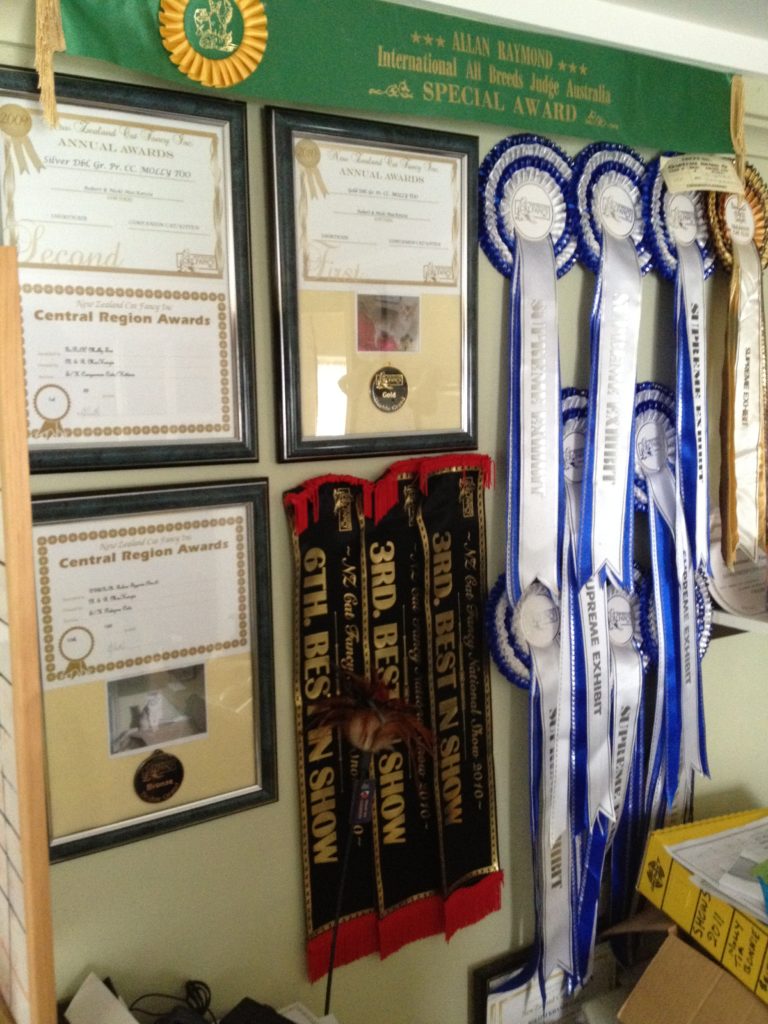 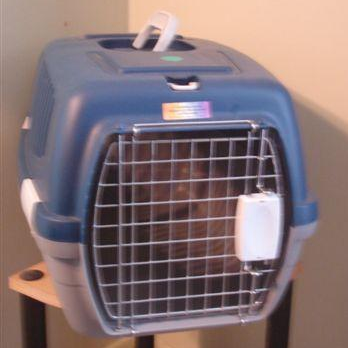 Also we have Airline approved cages. 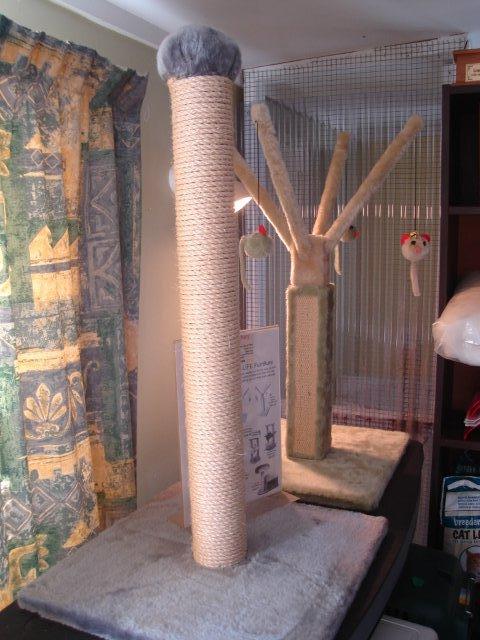 A wide variety of scratching posts are available.